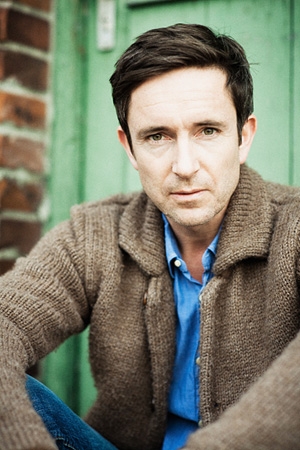 Arnd Klawitter was born in Hamburg on July 26 1968. He studied acting at the Otto-Falckenberg-Schule in Munich, and subsequently performed at the Münchner Kammerspiele (1994/95) and the Staatstheater Stuttgart, where he remained a company player until 2011. He made his screen debut with a bit part in Hans-Christian Schmid's 1995 comedy "Nach Fünf im Urwald" ("It's a Jungle Out There"). This was followed by supporting roles in films like "Es geschah am hellichten Tag" (1996, TV), "Pünktchen und Anton" ("Annaluise and Anton", 1999) and "Deutschlandspiel" (2000).

Apart from being a guest-star in numerous TV shows, he also played the recurring role of veterinarian Dr. Kauth in the series "Mord mit Aussicht" from 2008 until 2014. Although his brief, but highly memorable turn as an actor on the set of a cliché WWII drama in the acclaimed "Oh Boy" ("A Coffee in Berlin", 2012) garnered him a Deutsche Schauspielerpreis, Klawitter remained a TV staple, and in 2014, he became one of the leads of the series "Dr Klein". The following year, he joined the cast of the mystery miniseries "Weinberg".

In 2015, Arnd Klawitter starred in two feature film releases: He played the father of a teenage girl who has a peculiar relationship with a monster in the horror film "Der Nachtmahr" and portrayed bon vivant Arndt von Bohlen und Halbach in re-enacted scenes in the semi-documentary drama "Herr von Bohlen".