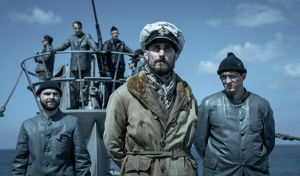 The second season continues where season 1 left of, in December 1942.

Hoffmann, who was removed as lieutenant captain and left to certain death on the open sea by rival Tennstedt, manages to save himself and is stranded in New York. There he meets the lawyer Berger, who can possibly help him to return to Germany.

Meanwhile, U 822 Commander Johannes von Reinhartz is to drop three saboteurs on the US East Coast. But when his loyalty is questioned, the U 612 crew pursues him.

In La Rochelle Simone Strasser continues to fight in the resistance and is suspected of having helped a Jewish family to escape.