Now that all the DEFA's important directors – even Konrad Wolf, with "Der nackte Mann auf dem Sportplatz" ("The Naked Mann in the Stadium", 1973) – had found that their treatment of contemporary issues created problems with the authorities, they turned to the "safe" genre of antifascism, as Wolf did with "Mama, ich lebe" ("Mama, I’m Alive", 1976) – or "camouflaged films" using literary classics or artist biographies to address the current conflict between the individual and society. The untouchable Goethe was a particular favorite. In 1974 Siegfried Kühn filmed "Die Wahlverwandschaften" ("Elective Affinities"). Egon Günther tried in 1975 to reach the international market with "Lotte in Weimar", his version of Thomas Mann's story; he subsequently filmed "Die Leiden des jungen Werthers" ("The Sorrows of Young Werther", 1976), before defecting to the west. In his only historical film, "Addio, piccola mia" from 1978, Lothar Warneke, used a screenplay by Helga Schütz about the life of Georg Büchner to reflect his thoughts on the student revolts in the west. 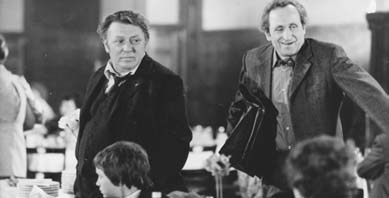 Whenever filmmakers did take an open, critical approach to contemporary issues, like Heiner Carow in 1978 in "Bis daß der Tod euch scheidet" ("Until Death Do Us Part") and Wolf and Wolfgang Kohlhaase in 1979 with "Solo Sunny", the party reacted promptly with a "discussion" in the official press demanding a more positive portrayal of socialist society. In 1981 Rainer Simon's "Jadup und Boel" ("Jadup and Boel") was filmed under the watchful eyes of numerous Stasi informers and was completed only after a lengthy tug-of-war between the studio and the party – only to be banned after all shortly before the premiere. After that, directors reverted to disguising their criticism, making films about women's role in society ("Die Beunruhigung", ["Apprehension"], 1981, Lothar Warneke), basing their films on successful novels (Roland Gräf with "Märkische Forschungen", ["Exploring the Brandenburg March", 1982, after Günter de Bruyn]; "Das Haus am Fluß", ["The House on the River", 1984/85, after Friedrich Wolf's "Der Russenpelz/The Russian Fur"]) or addressing antifascist themes ("Der Aufenthalt", ["The Turning Point", 1982], Frank Beyer, based on the novel by Hermann Kant; "Die Schauspielerin” ["The Actress", 1988], Siegfried Kühn). With the help of excellent scenographers and cameramen, these films developed a visual and narrative style that was highly professional but seldom innovative. Rainer Simon's "Das Luftschiff" ("The Airship", 1982) – which suspended historical chronology with its biography of an eccentric inventor – was the only film to break with a conservative approach to filmmaking which emphasized dialogue and shied away from the precarious, uncontrollable power of images. 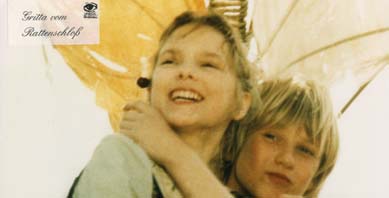 Imaginative images were also provided by crossover talents such as the successful cameraman Jürgen Brauer, who developed his directing talents in the children's film genre (always an important factor in the DEFA's production), as in the romantic fairytale "Gritta von Rattenzuhausbeiuns" ("Gritta of Rats-At-Home-With-Us", 1984). Another persuasive crossover talent was the actor Michael Gwisdek, who was given the chance in 1988 to film "Treffen in Travers" ("Meeting in Travers") with his colleagues Corinna Harfouch and Hermann Beyer, resulting in an intense chamber drama against the background of the French Revolution.