In 1970 a new generation of filmmakers was just preparing to leave the Potsdam-Babelsberg Film Academy and enliven the DEFA Studios with new ideas. Harking back to Neorealism, they championed the "documentary drama" (the German term, "dokumentarischer Spielfilm", was coined by Lothar Warneke), telling tales of daily life in a style that fused fictional and documentary elements. Abandoning the rigid concepts of Socialist Realism with its positive heroes and character types, they focused on portraying individuals with specific problems. This new trend was backed up ideologically by a scholarly paper called "The Subjective Factor in Film". Published by the SED's Party Academy, it was written by Rudolf Jürschik, a graduate of the Film Academy who was later to become Chef-Dramaturg (Artistic Director) of the DEFA Film Studios. 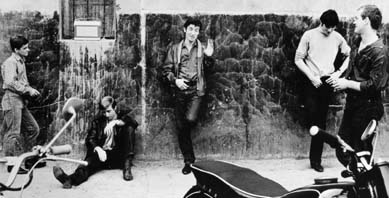