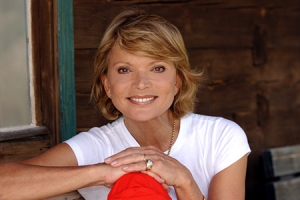 Uschi Glas was born in Landau on March 2 1944. Originally planning to become an architect, she relocated to Munich in 1964 and started to work as secretary at a law firm, while at the same time mingling with the local film scene. After impressing producer Horst Wendlandt with her critical comments at a film premiere, Wendlandt cast Glas in a small role in the thriller "Der unheimliche Mönch" ("The Monk with the Whip", 1965). Following this, Wendlandt offered her a seven-year-contract including two-years of professional training in acting, singing and dancing.

Glas played her first leading role as a Native-American woman Apanatschi in the 1966 western "Winnetou und das Halbblut Apanatschi" ("Half-Breed"). She then appeared in the comedy "Das große Glück" ("The Lucky Strike", 1967) and the thriller "Der Mönch mit der Peitsche" ("The Monk with the Whip", 1967). In 1968 "Zur Sache Schätzchen" ("Go for It, Baby!") marked her breakthrough as an actress. The offbeat comedy about a slacker from Munich and his girlfriend was one of the first German films to reflect the worldview of the young generation on the brink of the 1968 student revolts. "Zur Sache, Schätzchen" became a massive hit, garnered two German Film Awards and earned Glas a nomination as Best Actress. She went on to star alongside Hansi Kraus and Theo Lingen in the high school comedy "Die Lümmel von der ersten Bank" (1968) and the popular thriller "Der Gorilla von Soho" ("Gorilla Gang", 1968), thus appearing in three box-office hits within just a few months.

During the following years, Glas was extremely sought-after, and in 1971 alone, she appeared in nine feature films. She mostly starred in popular comedies such as "Hurra, unsere Eltern sind nicht da" (1970), "Wir hau'n den Hauswirt in die Pfanne" (1971) and "Ich denk', mich tritt ein Pferd" (1975) or crime movies like "Die Tote aus der Themse" ("The Dead One in the Thames River", 1971) and "Der Killer und der Kommissar" ("Killer", F/I/BRD 1972). She also successfully tried herself as a pop singer, working together with producer Giorgio Moroder, and regularly performed in the theatre. Successful in film, music and on stage, Uschi Glas became an audience favourite and a teen idol: Between 1967 and 1977, she won the readers' award of the influential teen magazine "Bravo" ten times in a row.

From the mid-1970s on, Uschi Glas mainly worked for TV. From 1977 until 1988, she was a regular cast member of the popular TV series "Polizeiinspektion 1". She also enjoyed great success starring opposite Elmar Wepper in the series "Unsere schönsten Jahre" (1983-1985) and "Zwei Münchner in Hamburg"(1989-1993), the latter garnering her two Austrian "Romy" awards. She won another "Romy" for her performance as a hotel heiress in "Ein Schloß am Wörthersee" ("Lakeside Hotel", 1992/1993) and went on to star in further TV productions, including "Anna Maria – Eine Frau geht ihren Weg" (1994-1997), "Sylvia – Eine Klasse für sich" (1998-2000) and "Zwei am großen See" (2003-2006). Glas also returned to the stage and revived her career as a singer, recording the 2002 album "Uschi Glas singt die schönsten Weihnachtslieder" and the 2003 album "Sonne, Mond und Sterne - Uschi Glas singt die schönsten deutschen Lieder". In 2004, she published her autobiography "Mit einem Lächeln - mein Leben".

Glas had an important TV role in the comedy "Club der einsamen Herzen": Alongside Jutta Speidel and Hannelore Elsner (in one of her last roles) she played one of three old childhood friends who plan to open a dance café together. In 2020, she once more appeared on the big screen. In the children's film "Max und die Wilde 7" ("Max & the Wild Bunch", 2020) she played a leading role as a fit senior citizen who goes on a thief hunt together with a little boy and two other pensioners.

In the course of her long career, Uschi Glas – who has also been doing a lot of charity work over the years – received numerous awards, including the Bayerische Verdienstorden, the Bundesverdienstkreuz 1. Klasse, the Österreichische Ehrenkreuz für Wissenschaft und Kunst and the Bayerische Staatsmedaille für soziale Verdienste.

In 2016 she received the Prix Courage for social commitment in Munich for her association BrotZeit, which operates Germany-wide and provides under-priviliged children at primary schools with a balanced breakfast. In 2017 Glas was appointed ambassador of Lower Bavaria.