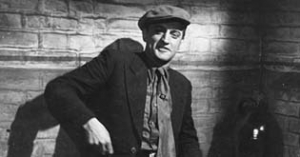 Reinhard (René) Kolldehoff, born April 29, 1914, in Berlin, as the son of a post office clerk, finished high school before he took over roles as an extra at Großes Schauspielhaus and at Staatsoper Berlin to pay for actor"s training. After his official stage debut in 1936 in Altenburg and several engagements at theatres in Remscheid, Danzig, Hamburg, and in Lübeck, he made his movie debut in a small role in the comedy "Der Gasmann", starring Heinz Rühmann in the leading role. Directly after the film, he was drafted for military service by Wehrmacht so that he was not able to continue his acting career until the end of the war.

From 1945 on, he at first performed at Berlin"s Hebbel-Theater, later at several other Berlin theatres including Deutsches Theater and Komödie before he went to Hamburg"s Schauspielhaus in 1955. However, Kolldehoff noticeably focused on the film business. After several small roles in DEFA films, for instance, as teacher Tischbein in Erich Engel"s film "Affaire Blum" ("Blum Affair"), or as SA member Rudi Wille in Wolfgang Staudte"s film "Rotation", he played his first leading role in Hans Müller"s film "Bürgermeister Anna". In the film, Kolldehoff made a convincing performance as returning soldier Jupp Ucker who has trouble to accept that a woman – his former girlfriend – has taken up the post of mayor in his home town. It takes hostilities of others until he comes to appreciate her competence and her circumspection.

Kolldehoff made his last appearance in a DEFA film in "Die letzte Heuer" (1951). In the film, he played an unpleasant police inspector. He then starred in countless West German and increasingly also in international productions that mostly credited him as "René Kolldehoff". He mainly played easily remembered supporting roles as his striking face, his gigantic stature, and his deep, often rumbling voice predestined him for dark, brutal, or hotheaded characters. Thus, he portrayed numerous shady characters and criminals as well as military personnel.

Kolldehoff often represented the "ugly German" and the prototypical Nazi in international productions. He, for instance, made a memorable performance in Paul Verhoeven"s film "Soldaat van Oranje" ("Soldier of Orange", 1977). Kolldehoff worked with well-known directors like Claude Chabrol, Daniel Mann, Joseph Losey, Henri Verneuil, George Roy Hill, and Paul Mazursky and appeared alongside international movie stars ranging from Alain Delon to Roger Moore, and from Catherine Deneuve to Jane Birkin. His most concise roles include the role of the confused German business man in Jacques Tati"s film "Playtime" (1967), the role of Baron von Essenbeck in Luchino Visconti"s film "La Caduta Degli Die" ("Luchino Visconti"s The Damned", 1969), and the role of Reichsmarschall Hermann Göring in the multi-part US production "The Winds of War" (1983).

After about 170 roles in films from more than 30 countries, Kolldehoff"s appearance in the TV series "Forstinspektor Buchholz" (1989) marked his last role. At that time, Kolldehoff was already confined to a wheelchair due to Parkinson"s disease. Later, he also became a diabetic. For a time, he was still able to work as a dubbing voice but eventually he had to end his career entirely.

Reinhard Kolldehoff had married for a second time and was the father of two children. He died on November 19, 1995, in Berlin, at the age of 81.