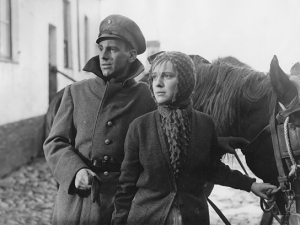 Based on the novel "Das Engele von Loewen" by Carl Zuckmayr: On the eve of World War I, German officer Alexander Haller falls in love with Angeline, a girl from Flanders. He returns in 1917, after being severely wounded, and confesses his feelings for her – but the two are separated again. Angeline is accudes of espionage, sent to a prison camp and finally ends up in a brothel in Brussels. One day, Alexander finds her there. He is about to be court-martialed for helping a wounded enemy. Yet the end of the war is near.