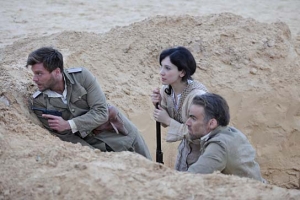 Action drama based on true events: 1914, the First World War has just begun. Deployed to the Indian Ocean, the German Navy vessel Emden sinks numerous enemy ships. But then, the Emden is in turn destroyed and sunk by the Australian battleship Sydney. Only 52 seamen, who were on a nearby island during the attack, survive. In order to avoid becoming POWs, they try to return to Germany on their own. Thus begins an odyssey of 13.000 kilometers through barren lands and hostile territories.