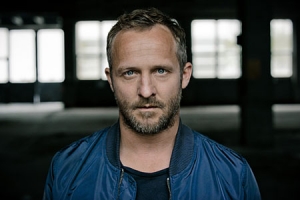 Maximilian Brückner, born January 10, 1979, as the first of eight children in Munich, raised in Riedering near Rosenheim, attended actor's training at Munich's Otto-Falckenberg-Schule after finishing school. Subsequently, he started his acting career at Volkstheater München, where he became a cast member in 2002. At Volkstheater, he starred in leading roles in productions of "Die Geierwally" (2002), "Die Räuber" ("The Robbers", 2003), and "Peer Gynt" (2008), among others. His portrayal of Mammon in the 2004 production of Hugo von Hofmannsthal's "Jedermann" ("Everyman") at Salzburger Festspiele became an important step in his theatre career.

After several supporting roles in TV productions, Brückner made his debut on the big screen in Sherry Horman's film "Männer wie wir" ("Balls", 2004). In the football comedy, Brückner played the leading role as the son of a baker who becomes famous as the goalkeeper of the village club – until he discovers his homosexuality. Since then, Brückner has appeared regularly in movies and TV productions besides his theatre career. In 2005, he played a leading role alongside Lavinia Wilson in the award-winning drama "Allein" ("Alone"). One year later, he was nominated for the Grimme award for his performance in Dieter Wedel's two-part TV movie "Papa und Mama", the tragicomic story of a divorce. Since 2006, Brückner plays inspector Franz Kappl in the "Tatort" productions of Saarländischer Rundfunk.

After Brückner was named "European Shooting Star" at the 2007 Berlinale, he starred in two leading roles on the big screen in 2008: He not only impressed as a burned-out call center agent in "Selbstgespräche" ("Come in and Burn Out"), that won the Max Ophuels prize, but also starred in the leading role of Marcus H. Rosenmüller's "Räuber Kneißl" – a part he had already played in the 2004 production of Volkstheater München.

He also had a supporting role in Doris Dörrie's acclaimed drama "Kirschblüten – Hanami", which was followed by several stints on TV and an appearance in the teen comedy "Freche Mädchen 2" (2010). He then got the leading role in Gregor Schnitzler's tragicomedy "Resturlaub", playing a man who desperately tries to overcome his midlife crisis. Along with Alexandra Maria Lara and Matthias Schweighöfer, he joined the prominent cast of Detlev Buck's comedy "Rubbeldiekatz" (2011).

He had a supporting role as a German army officer in Steven Spielberg's WWI epic "War Horse" (US 2011) and starred opposite his brother Florian in the comedy "Was weg is, is weg" (2012). Also in 2012, he made his final turn as Saarbrücken-based police detective Franz Kappl in the "Tatort" series.

After roles in the theatrical releases "Spieltrieb" ("Gaming Instincts", 2013) and "Und Äktschn!" (2014), Brückner starred in several TV productions, including "Spuren des Bösen – Liebe" (2015) and "Es kommt noch besser" (2015). After being the star of the four-part miniseries "Mörderisches Tal – Pregau" (2016), he was cast in the leading role of the corrupt mayor in the satirical TV series "Hindafing" in 2017.

In "Das schönste Paar" ("The Most Beautiful Couple"), directed by Sven Taddicken and scheduled for a 2018 release, Maximillian Brückner plays a man who has to witness his girlfriend's rape by three young men during a vacation, and who accidently runs into one of the perpetrators one year later.