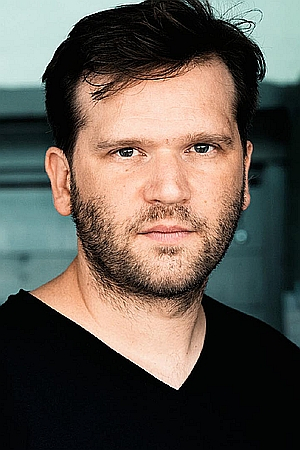 Sven Taddicken, born 1974 in Hamburg, studied in the departments of directing and feature film at Baden-Württemberg Film Academy in Ludwigsburg from 1996 to 2002. During his time at the film academy, Taddicken already finished several award-winning films, including the 15-minute long film "El Cordobes" that won the German Short Film Award at the 1999 Dresden Film Festival, among other awards. One year later, Taddicken finished "Schäfchen zählen" ("Counting Sheep"), another short film, that won a nomination for the 2000 Student Academy Awards.

In 2004, Taddicken received a scholarship for Berlin’s Akademie der Künste. Since then, he is also a member of Deutsche Filmakademie. His second feature film "Emmas Glück" ("Emma’s Bliss") received mainly positive reviews, won awards at several international film festivals as well as four nominations for the German Film Award. Furthermore, leading actor Jürgen Vogel won the Bavarian Film Award for his performance in the film. After "Emma’s Glück", Taddicken participated in the omnibus films "Jung, frech, verliebt" and "1. Mai" ("Berlin – 1st of May", both 2006) and directed the TV crime film "Braams: Kein Mord ohne Leiche" (2008).

In 2009, Sven Taddicken returned to the movie screen with his third feature-length film, the elaborate historical drama "Zwölf Meter ohne Kopf" ("13 Paces Without a Head") about the adventures of the legendary pirates Klaus Störtebeker and Gödeke Michels. In 2014, he worked as artistic advisor on filmmaker Simon Mukali's award-winning drama "Veve" (2014), which was produced and shot in Kenia.

"Gleißendes Glück" ("Original Bliss"), his adaptation of a novel by A.L. Kennedy starring Martina Gedeck and Ulrich Tukur, premiered at the 2016 Munich Film Festival. It went on to win the FIPRESCI Award and the Europa Cinemas Label Award at Karlovy Vary IFF, and was released in Germany in October 2016.

Taddicken's next film, "Das schönste Paar" ("The Most Beautiful Couple"), deals with a young couple who has to cope with the aftermath of a brutal rape. At the Filmfest Hamburg 2018, the much praised film won the Hamburg Producer Award. The film was theatrically released in Germany in May 2019.

Sven Taddicken lives and works in Berlin and in Hamburg.