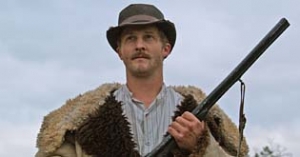 The films tells the story of the legendary Mathias Kneißl, who came to fame as a robber in the rural Bavaria around 1900. Chased by the police, Kneißl became a popular hero with the local people because he witfully and artfully revolted against the authorities. Kneißl′s rebellion starts out rather harmless: At first, the penniless Kneißls keep afloat with poaching and petty thefts. But then, Kneißl′s father is shot dead and his mother ends up in prison. Mathias is also innocently imprisoned after a shooting and takes a pledge to live a decent life after his release. He has big plans for the future and wants to work hard to emigrate to the United States with Mathilda, his great love. But when nobody wants to employ the "convict", Mathias gets involved with the raid of a rich farmer′s house.