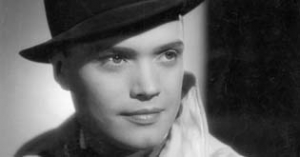 Kurt Meisel studied Jura before attending actor's training at Vienna's Volkstheater. During the first years of his acting career Meisel worked for theatres in Vienna and Munich and then changed for Leipzig's Städtisches Theater for two years. In 1936, Meisel went to Berlin where he stayed for 17 years to perform at Theater am Kurfürstendamm, Hebbeltheater and at the Staatstheater. While playing theatre in Leipzig, Meisel already began his career as a movie actor. During the years of the Nazi regime he played in several propaganda films like "Menschen im Sturm" (1942), or in Veit Harlan"s "Der große König" (The Great King, 1940 to 1942), "Die goldene Stadt" (1942) and "Kolberg" (1943 to 1945).

Kurt Meisel mainly portrayed weak-minded and slightly affected characters in his movies. Even after the war, when he became a character actor, Meisel rarely played any sympathetic characters. Meisel enjoyed a great success with critics and public alike with his performance as leading actor in Georg C. Klaren's Büchner adaptation of "Wozzeck" – his first movie after the war. Apart from his work as an actor, Meisel became known as a director from the end of the 1940s on. Among his films as a director are "Verspieltes Leben" (Ulyssa, 1949), "Vater sein dagegen sehr" (1957) or "Drei Mann auf einem Pferd" (1957), none of which became a big success at the box office.

Meisel was appointed head director of Munich's Staatsschauspiel in 1960 and subsequently reduced his appearances in front of the camera to a minimum. During his time as the manager of Munich's Bayerisches Staatsschauspiel from 1972 to 1983, Meisel appeared in no more than three movie productions as an actor. Kurt Meisel who was married to actress Ursula Lingen, died on April 4, 1994, in Vienna.