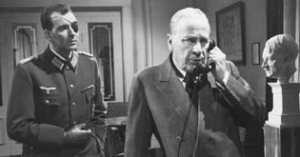 It Happened on July 20th

On 20th July 1944, Colonel Baron Schenk von Stauffenberg made an attempt to kill Hitler using a bomb at his "Fuehrer headquarters" in eastern Prussia. G.W. Pabst has reconstructed events up to the colonel′s court martial and execution chronologically and in a meticulous way, demonstrating an honest effort to be precise regarding historical facts. With considerable detail, and employing an excellent cast, he relates what really happened on 20th July ...