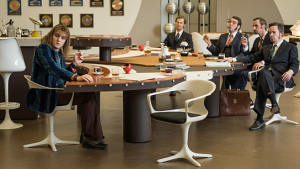 Biopic about the rock legend Udo Lindenberg. Starting with his early years in Gronau with a father who woke his children up at night to conduct opera arias in front of them, the film tells of Lindenberg's early years in the music business with his stage appearance in 1973, which was to change his life, and follows ups and downs of his further career in East and West Germany. Lindenberg's eventful relationship with his bassist Steffi Stephan is the focus of the story.