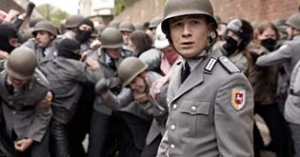 Film adaptation of the novel of the same name by Sven Regener. The story takes place in 1980 and tells of 20-year-old Frank Lehmann, who still lives with his parents in the "Neue Vahr", a bourgeois newly built quarter in Bremen. Surprisingly, Frank is called up for the German Army - because he simply forgot to refuse. After a week with the army, he comes home to visit. In the meantime, however, his father has taken up residence in his room. He is forced to move in with his school friend Martin Klapp, who has just founded a flat share with two friends from the left-wing scene. In the time that follows, Frank commutes between the world of the army with its rigid rules and the chaos of his left-wing friends. To make matters worse, his subsequent application for a refusal finally fails. Now Frank has to come up with an idea how to escape the ceremonial oath of the German Federal Defence Forces.