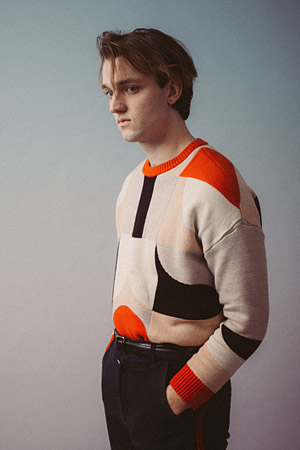 Jan Bülow was born in Munich in 1996. He had his first stage appearances at the youth theatre of the Deutsches Theater, where he played the title role in "Odyssey nach Homer" in 2011 and had a leading role in "2035 oder mit 40 eröffnet ein Hotel auf dem Mond" in 2013. He played his first screen role in 2013 in Barbara Ott's short film "Sunny". In the following years he was seen in supporting roles in several feature films and television productions. For example, as a friend of one of the two protagonists in the much acclaimed social drama "Wanja" (2015), in Stefan Schaller's youth and coming-out story "Aus der Haut" (2015, TV) and in Matthias Schweighöfer's successful comedy "Der Nanny" ("The Manny", 2015). In 2015 Bülow began studying acting at the Ernst Busch Academy of Dramatic Arts in Berlin.

He played his first leading role in the novel adaptation "Radio Heimat" (2016), about a group of four young friends who have to struggle with the adversities of the Ruhr area of the 1980s, as well as all kinds of pubertal turmoil.

Under the direction of Christian Alvart he played supporting roles in the psychological thriller "Abgeschnitten" ("Cut Off", 2018) and in the Netflix series "Dogs of Berlin" (2018). For the 2018/2019 season, he became a permanent ensemble member at the Schauspielhaus Zurich before officially completing his acting training in 2019. His first appearance in Zurich was the title role in "Hamlet", directed by artistic director Barbara Frey, followed by Dürrenmatt's "Justiz" (2019, directed by Frank Castorf) and Herbert Fritsch's "Totart Tatort" (2019).

In early 2020 Bülow appeared on screen again in the title role of "Lindenberg! Mach dein Ding ("Lindenberg! Do your thing"), a biopic of the legendary rock musician Udo Lindenberg.