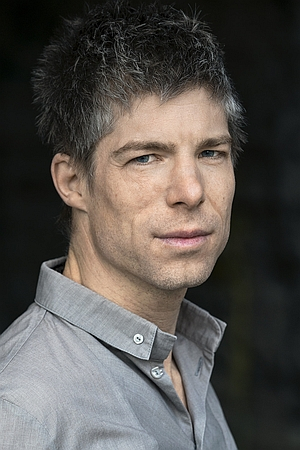 In 1999 he co-founded the production company "Panic Pictures", with which he produced several music videos. While still a student, he wrote the script for Benjamin Quabeck's highly acclaimed and award-winning coming-of-age tragicomedy "Nichts bereuen" ("No Regrets", 2001), in which he also played a supporting role. In 2003 Hölzemann directed the drama "Kammerflimmern" ("Off Beat") based on his own screenplay, in which Matthias Schweighöfer and Jessica Schwarz played the leading roles. The film about a psychologically unstable paramedic was awarded the Editing Prize 2005 and also won the award for Best Editing at the German Film Critics' Prize. At the Film Festival in Ghent (Belgium) "Kammerflimmern" received the Youth Jury Prize.

In the following years, Hölzemann worked primarily as a screenwriter. Together with director Martin Wienhart he wrote the script for "Schiller" (2005, TV), about the youth and the early creative period in the life of the German poet of the same name. As a scriptwriter he was involved in Almut Getto’s eccentric-humorous character study "Ganz nah bei Dir" (2008), Marc Rothemund's successful comedy "Mann tut was Mann kann" (2012) and Marco Kreuzpaintner's culture clash comedy "Stadtlandliebe" (2016). As a director he shot music videos for Summer Lei (2006) and the reggae musician Gentleman (2010). In 2013 he directed the fictional segments of a web documentary series created in the context of the cross-media project "Netwars" with Nikolai Kinski; the series won the Grimme Online Award.

In autumn 2014 Hölzemann shot his second feature film, the love story "Axel, der Held". Even before the completion of this film he wrote the script for the award-winning relationship drama "Gleißendes Glück" ("Original Bliss", 2016) with Martina Gedeck and Ulrich Tukur in the leading roles together with Sven Taddicken and Stefanie Veith. He was also the author of the "Tatort" episode "Mord ex Machina" (2017), which was broadcast at the beginning of January 2018. Also in January 2018 "Axel, der Held" premiered at the Max Ophüls Preis film festival. The theatrical release followed in August 2019.