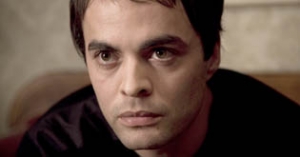 Nikolai Kinski was born on Juli 30, 1976, in Paris but grew up in the USA. He made his debut at age eleven in the movie "Kinski Paganini" where he played the son of Paganini – portrayed by his real father, Klaus Kinski. During and after his actor"s training at UCLA School of Theater, Film and Television in Los Angeles, Kinksi played at theatres in New York and Los Angeles, followed by several parts mainly in independent movie productions. For several years now, Nikolai Kinski is working in Germany, too. He was seen in several German TV movies as well as in American productions like the science fiction-thriller "Æon Flux". In "Klimt", a European co-production, Kinski plays painter Egon Schiele alongside John Malkovich and Veronica Ferres.

He then played a tragic supporting role in the controversial drama "Rohtenburg" (2006), appeared in Hal Hartley"s ironic thriller "Fay Grim" (2006) alongside Parker Posey and Jeff Goldblum, and also had a part in Julie Delpy"s period piece "Die Gräfin", which premiered at the 2009 Berlin International Film Festival. Along with his work in film, he continued to star in stage productions, for instance in "Der einsame Weg" in Bochum and "Nackt" in Hamburg. In 2009, Nikolai Kinski played the lead in the cerebral thriller "Die zwei Leben des Daniel Shore".

In the next few years, Kinski was seen mainly in television productions. In "Krupp - Eine deutsche Familie" ("Krupp: A Family Between War and Peace", 2009) he played the 'black sheep' of the family, the bon vivant Arndt von Bohlen und Halbach, in the Bible two-parter "Ihr Name war Maria" ("Mary of Nazareth", IT/DE 2012) he played Judas, in "Götz von Berlichingen" (2014) Emperor Karl, to name just a few of his roles. He also appeared in a number of guest roles in TV series.

On the big screen, Kinski played the German fashion designer Karl Lagerfeld in the film biography "Yves Saint Laurent" (FR/BE 2014) and was part of the ensemble of the action film "Point Break" (US/DE 2015) and the coming-of-age story "Axolotl Overkill" (2016). In addition, Kinski continued to appear in television films and series. For example, he had a supporting role as a policeman in the German-American thriller series "Berlin Station" (2019) and was the translator of a barbarian clan in the series "Barbarians" (2020).

At the end of 2021, two films with Kinski were released in cinemas: He had a supporting role in the French Holocaust drama "Adieu Monsieur Haffmann" (release 2021 only in France) and a leading role in "Plan A", about a group of Jewish Holocaust survivors who plan an act of revenge against the German population in 1945.