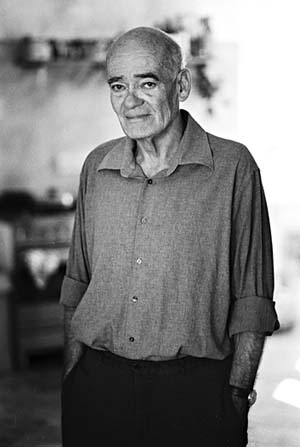 Hans-Michael Rehberg was born in Fürstenwalde on April 2, 1938. After leaving school before graduation, he studied acting at the renowned Folkwangschule in Essen. He got his first role at the Vereinigte Städtische Bühnen Krefeld-Mönchengladbach, followed by stints at numerous German-language theatres, including the Viennese Theater in der Josefstadt and the Schauspielhaus in Cologne. In 1963, at the age of 25, he was chosen for the prestigious ensemble of the Bayerische Staatsschauspiel, and five years later, he was appointed Bayerischer Staatsschauspieler (a distinguished commendation for actors in Bavaria).

Rehberg eventually became one of the most prolific stage actors in Germany. During his career, he performed at the Thalia Theater in Hamburg, the Schauspielhaus in Zurich, the Münchner Kammerspiele and at the Salzburger Festspiele. He worked with acclaimed directors like Heinz Hilpert, Peter Zadek, Ingmar Bergman, Franz Xaver Kroetz, Michael Haneke and Claus Peymann, delivering memorable performances in stage productions like "Baumeister Solness" (Director: Peter Zadek) or "Der verkaufte Großvater" (Director: Franz Xaver Kroetz), for which he was awarded the Gertrud-Eysoldt-Ring for Best Actor.

Since the mid-1970s, Rehberg has also appeared regularly in film and TV productions. He was a cast member of Rainer Werner Fassbinder's adaptation of "Berlin Alexanderplatz", played General Attorney Siegfried Buback in "Stammheim" (1986), was Bertolt Brecht in "Georg Elser - Einer aus Deutschland" (1989), portrayed notorious Auschwitz commander Rudolph Höß in Steven Spielberg's "Schindler's List" (1993) and appeared as Police Detective Rätz in Romuald Karmakar's "Der Totmacher" (1995). On TV, he was seen as a farmer in "Der Schandfleck" (1999), as dogmatic East-German official Fritz Streletz in Hans-Christoph Blumenberg's "Deutschlandspiel" (2000), as Giuseppe Borgese in Heinrich Breloer's "Die Manns - Ein Jahrhundertroman" (2001) and as a ruthless professor who is involved in a murder case in "Tod eines Keilers" (2006). From 2003 on, he also played the part of Bishop Hemmelrath in the TV series "Pater Braun".

Among Rehberg's screen roles are the imposing Rogul in the Sci-Fi spoof "(T)Raumschiff Surprise – Periode 1" (2004), the psychiatrist van Oppelen in Oskar Roehler's Lovestory "Lulu und Jimi" (2009) and the part of Supreme Judge Kammermeier in "Goethe!" (2010). After a small, but memorable appearance as a man who literally turned to stone in "Die Wand" (2012), Rehberg played a dying industry tycoon in Jan Georg Schütte's dark comedy "Leg ihn um – Ein Familienfest", which was released in March 2013.

He played his last roles on the big screen in Andreas Prochaska's "Das finstere Tal" (2014) and Sven Taddicken's "Gleißendes Glück" (2016).