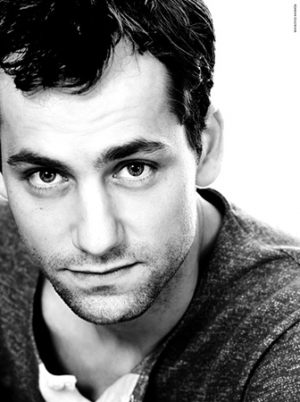 Florian Stetter, born August 2, 1977, in Munich, attended actor’s training at Munich’s Otto-Falckenberg-Schauspielschule. He already won the award as "Best Young Actor" at the 2001 Film Festival "Max Ophuels Prize" for his first role in a movie in Philip Gröning’s romantic drama "L’amour, l’argent, l’amour" ("Love, Money, Love", 2000). Alongside Sabine Timoteo, he played a young drifter who together with his girlfriend descends into a maelstrom of debasement and emotional prostitution. Two years later, Stetter starred in the ensemble of Dominik Graf’s TV movie "Die Freunde der Freunde" that won a Grimme award. In almost all of his roles, Stetter catches the viewers’ eyes with his strong presence and his expressive and powerful representation – for instance, as resistance fighter Christoph Probst in the film "Sophie Scholl" (2005), as officer Scharffenstein in the artist biopic "Schiller" (2005, TV), or as a sensitive young man who does his alternative service in "Liebes Spiel" ("Love Game", 2005) alongside Maggie Peren.

Besides his movie career, Stetter also performs on stage, for instance, in several productions at Schauspielhaus Zürich, at Munich’s Volkstheater, at Salzburg Festival, and at Schauspiel Hannover. During the theatre season 2006/2007, he was a cast member of Berlin’s Maxim Gorki Theater.

From 2009 to 2011 he played the role of police inspector Leander Blohm in the TV crime series "Kommissarin Lucas". Moreover in 2011, he had some guest appearances in the series "Polizeiruf 110" and "SOKO Leipzig" as well as in a starring role as a teacher in the award-winning television drama "Inklusion – Gemeinsam anders" about a physically disabled girl who is integrated into the ninth grade of a regular comprehensive school.

In the highly acclaimed biopic "Die Verführerin Adele Spitzfeder" (TV, 2011) about the actress and scammer A.S. he played a poet (not historically warranted) who is not deceived by the bon vivant. In 2013, he was part of the cast of Vivian Naefe's feature "Der Geschmack von Apfelkernen" ("The Taste of Apple Seeds") where he played a juvenile friend of the female lead. He was cast in a starring role by Dominik Graf for "Die geliebten Schwestern" ("Beloved Sisters") which premiered at the Berlin IFF's competition in 2014. Playing the poet Friedrich Schiller he embarks on a momentous ménage à trois with two penniless aristocratic sisters in 1788. "Kreuzweg" ("Stations of the Cross") by Dietrich Brüggemann, another nominee in the Berlin IFF's competition of 2014 features Stetter in an important supporting role as a priest in a strictly traditional Catholic parish.

In 2015 Stetter appeared in the TV remake of "Nackt unter Wölfen" ("Naked Among Wolves", directed by Philipp Kadelbach), starring as concentration camp prisoner Hans Pippig. For this achievement he was nominated for the German Television Award and for the International Emmy Award. In the highly acclaimed coming-of-age comedy "Simon sagt auf Wiedersehen zu seiner Vorhaut" ("Time to say Goodbye", 2015) he played the father of the 12-year-old hero. He had an important role in the NSU (National Socialist Underground) drama "Die Ermittler - Nur für den Dienstgebrauch" (2016, TV) as an unscrupulous agent of the Thuringian Office for the Protection of the Constitution.

Lighter fare was Lancelot von Naso's TV remake of "Das doppelte Lottchen" (2017), in which Stetter played the twin's father. In 2018 he portrayed the right-wing intellectual Godefroy Lempereur in "Unterwerfung", a film adaptation of Houellebecq's "The Submission". After that he appeared as a despondent refugee helper in Sherry Hormann's TV drama "Vermisst in Berlin".

In the feature film "Petting statt Pershing" ("That's It, Helmut", cinema release: 2019), Stetter once again played an ambivalent personality, as a left-wing-alternative teacher in the German province of 1983, whose attention-creating actions turn out to be nothing more than cheap tricks to seduce women.