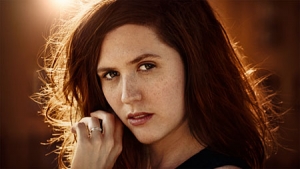 Emily Cox was born to British parents on February 23rd, 1985 in Vienna, where she also grew up. From 2003 to 2008, she studied acting at Vienna’s Max Reinhardt Seminar. She made her screen debut in the short film "Verwehte" (AT 2007) and won the Actor’s Award of the Vienna film festival. In 2009, she appeared in a lead role in Stefan Krohmer's TV film "Dutschke", portraying Gretchen Dutschke, whose biography the film is based on. A year later, Cox starred in several TV and feature films, among them the zombie film "Rammbock" ("Rammbock: Berlin Undead"), the TV thriller "Killerjagd. Schrei, wenn du dich traust" as well as the Austrian TV crime comedy film "Der Täter".

Emily Cox played another lead role in the multi-award-winning family drama "Die Vaterlosen" ("The Fatherless", AT 2011, Director: Marie Kreutzer) as the strongminded daughter of an old hippie who, after her father's death, gets to meet her estranged sister. She appeared in supporting roles in David Schalko's character study "Wie man leben soll" ("The Way To Live", AT 2011), in Barbara Albert's family story "Die Lebenden" ("The Dead and the Living", AT/DE/PL 2012), in Karim Ainouz' coming-of-age drama "Praia do Futuro" ("Futuro Beach", BR/DE 2014) and in the war drama "Der stille Berg" ("The Silent Mountain", AT/IT 2014) to name but a few.

In the Austrian-German TV film "Die Freischwimmerin" she played the main character, an idealistic swim teacher who tries to win over a Muslim girl for the school's swim team. The futuristic bible adaptation "Jesus Cries" (2015) showed her as a modern Maria Magdalena.

In addition to that, Emily Cox appeared in guest roles in several TV series, such as in "SOKO Stuttgart", "Großstadtrevier", "Zorn" as well as in a number of episodes of the popular German crime series "Tatort".

From 2015 on, she was a regular in the British period series "The Last Kingdom", playing a rebellious slave. In 2017, she also took on a major role in the German series "jerks.", portraying the main character's girlfriend.

After she starred in a lead role in the TV comedy film "Nichts zu verlieren" (2018, Director: Wolfgang Murnberger) about two hapless robbers who kidnap a bus, Cox played one of the lead roles in Detlev Buck's feature film "Wuff - Folge dem Hund" (2018) as a journalist who was left by her boyfriend but whose dog guides her to a new lover.

At the beginning of 2019, the Austrian culture clash comedy "Womit haben wir das verdient" ("What Have We Done to Deserve This") was released, with Cox in a supporting role as a family therapist. She played a  leading role in the Austrian "Tatort" episode "Wahre Lügen" (2019), as the partner of a missing journalist. In the six-part mystery series "Die verlorene Tochter" (2020), she also had a bigger role as the wife of an entrepreneur.

On the big screen, Cox could be seen in the drama "Nur ein Augenblick" ("The Accidental Rebel"), which was theatrically released in the summer of 2020. In the film, she portrayed the partner of a Syrian student in Hamburg who wants to free his brother who is imprisoned in Syria. Also in 2020, Emily Cox appeared as a rebellious slave in the fourth season of "The Last Kingdom" (2020). Playing the girlfriend of Christian Ulmen's main character, she has been a regular cast member of the comedy series "jerks", whose fourth season is scheduled to be broadcast in the summer of 2021.