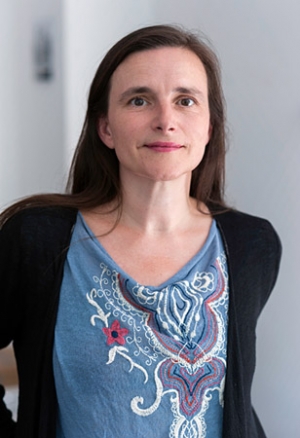 Barbara Albert was born in Vienna in 1970. She studied German philology, journalism, and theatre studies, but enrolled at Vienna's film academy in 1990 to study directing and screen play writing. During her studies, she already worked as an assistant director, script supervisor, and actress. Albert's short film "Die Frucht deines Leibes" ("The Fruit of Thy Womb") premiered in the "Finestra sulle Immagini" programme at the 1996 Venice film festival and later won several awards. Her following short films "Somewhere Else" and "Sonnenflecken" were also shown at several European film festivals.

In 1999, Albert finished her debut feature film "Nordrand" ("Northern Skirts"). The drama about the friendship between an Austrian woman and a female Serb immigrant in Vienna won the Viennese film award and the FIPRESCI award at the 1999 Viennale, among others, was shown in the competition of the Venice as well as the Locarno film festival, and was highly praised by international film critics.

In 1999, Albert also found the independent film production company "coop99" with her colleagues Jessica Hausner, Antonin Svoboda, and Martin Gschlacht. Since then, Albert has participated as a screen play writer and/or as a producer in several of the most interesting Austrian and European film productions, including Jessica Hausner's award-winning drama "Lovely Rita", the controversial documentary film "Darwin's Nightmare", the vivid drama "Slumming", starring August Diehl, and the celebrated Berlinale winner "Grbavica" ("Esma's Seccret").

Albert's second film as a director, "Böse Zellen" ("Free Radicals", 2003), was also shown at the Locarno film festival. And her third film "Fallen" ("Falling"), the story of the friendship of five women, premiered at the 2006 Venice film festival.

During the following years, Albert was producer of such diverse films like "Immer nie am Meer" (2007), "Free Rainer - Dein Fernseher lügt" and  "Zwischen uns das Paradies (2010). In 2009, Barbara Albert was one of the co-founders of the Akademie des Österreichischen Films (the Austrian Film Academy).

In 2012, she completed her next film as director: "Die Lebenden" ("The Dead and the Living") tells the story of a young student who investigates the Nazi past of her grandfather.