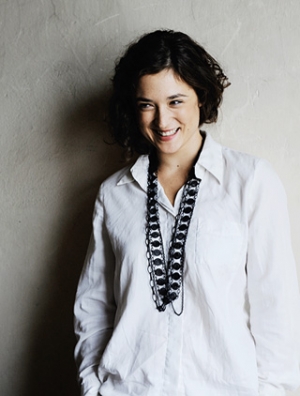 Friederike Becht was born in Winden in 1986. After studying acting at the Universität der Künste in Berlin from 2004 until 2008, she starred in numerous stage productions at theatres in Hamburg, Zurich, Berlin and Freiburg. In 2010, she became a company player at the Schauspielhaus in Bochum.

Friederike Becht's first screen credits included supporting roles in "Der Vorleser" ("The Reader", 2008) and the biopic "Mein Leben - Marcel Reich-Ranicki" (2009, TV). She got her first leading role in the 2011 drama "Westwind", in which she plays a young woman from the German Democratic Republic who falls in love with a West-German.

She went on to play the young Hannah Arendt in Margarethe von Trotta's eponymous 2012 biopic, followed by supporting turns in the comedy "Das Millionen Rennen" (2012) and the drama "Der Wagner-Clan. Eine Familiengeschichte" (2013). After appearing in "Im Labyrinth des Schweigens" ("Labyrinth of Lies", 2014) and "Becks letzter Sommer" ("Beck's Last Summer"), she got great reviews for her lead performance in the TV biopic "Käthe Kruse" (2015). Her other notable TV credits include "Nachspielzeit" (2015), "Nacht der Angst" (2015) and the miniseries "Der gleiche Himmel" (2017).

On the big screen, Becht starred opposite Frida-Lovisa Hamann in the psychological thriller "Die Vierhändige" (2016) which premiered at the 2017 Munich Film Festival.