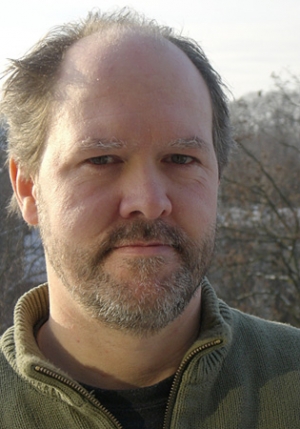 Daniel Nocke was born in Hamburg in 1968. From 1994 to 1999, he studied screen play and animation at the Filmakademie Baden-Württemberg. His films as director and author include among others the animations films "Der Peitschenmeister", which won a Grimme prize, and "Die Trösterkrise", which was nominated for the First Step Award in 2000.

Nocke wrote the screen play to "Barracuda Dancing" which was directed by Stefan Krohmer, who attended director's class at Filmakademie. Their graduation film for Filmakademie won Deutscher Fernsehpreis for best young director and the 2nd prize at the Studio Hamburg Nachwuchspreis. Nocke and Krohmer continued their successful collaboration in the following years.

Besides his work with Krohmer, Nocke continued to create animations films. In 2002, he finished "Der moderne Zyklop" ("The Modern Cyclops"). In the same year, Nocke received the Förderpreis of the Akademie der Künste in Berlin in the category of film and media arts.

Following Nocke's script for Hermine Huntgeburth's "Der verlorene Vater" (2010), Nocke and Krohmer made the black comedy "Riskante Patienten" (2012, TV) and the melodrama "Verratene Freunde", in which an indiscretion plunges two couples into an existential crisis.

Re-teaming with Stefan Krohmer, Nocke provided the script for the tragicomedy "Die Zeit mit Euch" (2014, TV). The creative duo then returned to theatres with their road movie "Mädchen im Eis" ("Girl On Ice"), in which a German girl searches for her lover at the Polar Circle.