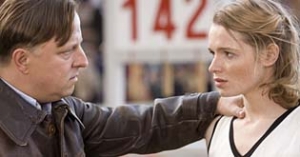 1936. The United States threatens to boycott the Berlin Olympics if there are no Jews in the German team. Still aiming to mislead the world about their true ambitions, the Nazis are forced to admit some Jewish athletes. Among them, the leading female high jumper of the time – Gretel Bergmann. Although Gretel, who has emigrated to England and become the current UK champion, has no desire to return, the Nazis force Gretel back by threatening her family in Germany. With seemingly no other German female high jumper around who could challenge Gretel, the unknown Marie Ketteler is suddenly introduced as a member of the team. Marginalized by the rest of the team, the two rivals forge a tenuous friendship, with Marie carrying a secret that puts their friendship and a hidden Nazi agenda to the test … Based on a true story.