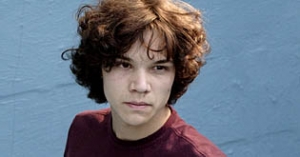 Sebastian Urzendowsky was born in Berlin in 1985. At the age of eight, he was discovered by an agency for child actors and was cast for his first small role in Peter Welz" TV-production "Babysitter". Between 1997 and 2001, he appeared in several stage productions of the "Theater im Kino" (TIK). In 1999, he played the lead role in Hendrik Handloegten"s acclaimed coming-of-age tragicomedy "Paul is Dead".

Two years later, Urzendowsky made his screen debut in Dominik Graf"s "Der Felsen" (A Map of the Heart), which premiered at the Berlin International Film Festival and received rave reviews. In March 2006, he enrolled in the acting class at the University of the Arts in Berlin, and in the same year, he once again was singled out by critics for his exceptional performance in Matthias Luthardt"s drama "Pingpong".

After key supporting roles in several films, including Ed Herzog"s "Schwesterherz" (2006) and Susanne Schneider"s "Es kommt ein Tag" ("The Day Will Come", 2009), Urzendowsky played a particularly challenging role in "Berlin "36": In the drama that is based on a true story, he played an athlete who is forced by the Nazis to disguise as a woman and to compete in the Olympic Games to beat out a Jewish top athlete, played by Karoline Herfurth.