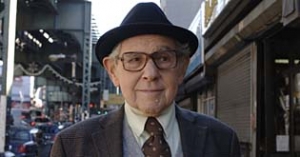 Otto Tausig, born February 13, 1922, in Vienna, Austria, emigrated to England in 1938 after his home country was annexed by Nazi Germany. After his return in 1946, he attended drama school at Max-Reinhardt-Seminar and in 1948 already worked as an actor, director, and head dramaturg for Neues Theater of Vienna"s Scala. He stayed for eight years until Scala"s closing in 1956. Subsequently, he went to Deutsches Theater and to Volksbühne in East Berlin. Tausig also performed for Bertolt Brecht"s "Berliner Ensemble" during this time. Besides his extensive theatre work, Tausig occasionally appeared in key supporting roles mainly for TV productions from 1956 on.

During his career, Otto Causig rarely appeared on the movie screen. His most important performances on the movie screen include the role of Peter Schlehmihl in Alain Courneau"s film "Nocturne indien" (1989), as Polish-Jewish migrant in Jan Schütte"s film "Auf Wiedersehen Amerika" ("Bye Bye America", 1984), and in Urs Egger"s film "Epsteins Nacht" ("Epstein"s Night", 2002). In the film, Tausig played a Jew who accidentally meets his concentration camp tormentor after several decades.

Although Tausig ended his theatre career in 1999 with a brilliant performance as Schnopferl in a production of Nestroy"s "Das Mädl aus der Vorstadt" at Vienna"s Volkstheater, he has still appeared in several film and TV productions since. After his performance in "Auf Wiedersehen Amerika" ("Bye Bye America"), director Jan Schütte put him in two more films: in 2003, Tausig starred in the Jewish family story "SuperTex", and in 2009, he appeared in the road movie "Bis später, Max!" ("Love Comes Lately") and played a frivolous writer on a reading tour. In the same year, Tausig also starred in a film by director Michael Glawogger: In "Das Vaterspiel" ("Kill Daddy Good Night"), he played a Nazi war criminal who has become senile in the meantime and hides in the basement of his New York house.