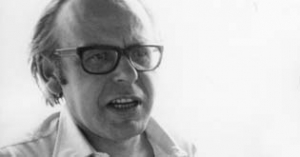 Will Tremper was born in Braubach am Rhein on September 19th 1928. The son of an innkeeper has four siblings, and after attending school until 1943, he worked as a delivery boy for a publishing house in Koblenz and passed an internship in a photo lab.

He worked as a photographer during the war, and returned to Berlin in 1945. There he started reporting for daily newspaper Tagesspiegel, and later worked also for news agency DENA, and magazines like Heute and Kurier. As a journalist, he often covers film-related themes like the shooting of "Sag' die Wahrheit" und "Herzkönig", for which he also worked as a production assistant.

After continuing his career as a reporter for various newspapers and also working as a ghostwriter for Curt Riess, Tremper was hired by Inter-West Film, the company of producer Wenzel Lüdecke, in 1955. Lüdecke produced the first three features based on screenplays by Tremper: "Die Halbstarken" and "Endstation Liebe" were directed by Georg Tressler, and "Nasser Asphalt", a scathing attack on unethical tabloid journalism, was directed by Frank Wysbar.

Although he pursued numerous film projects, Tremper remained a high-profile journalist and regular contributer to magazines like Stern and Twen. In 1960, a Swiss benefactor granted Tremper the sum of 100.000 US Dollars, which he used for his debut as a director. The result was "Flucht nach Berlin", one of the films to deal directly with the separation of East- and West-Germany. While many of Tremper's own projects don't get made, he was awarded a German Film Award for his story to "Verspätung in Marienborn", which was directed by Rolf Hädrich.

Being an independent and somewhat renegade writer-director, Tremper appears in retrospective to be a kind of a forerunner to the German auteur cinema of the mid-1960s. He mortgaged his house in Dahlem for the financing of his next film "Die endlose Nacht", which follows a group of people who have to spend a night at an airport.

In 1963, Tremper published the first of a series of articles for the influential German tabloid Bild, starting with a piece on the German film of the 1930s and 1940s. He had to distribute his film "Playgirl" on his own, which meant taking huge financial risks and later resulted in a lawsuit filed by actors Paul Hubschmid and Eva Renzi, who had to accept deferred payments in order to get the film made. After "Playgirl", Tremper made "Sperrbezirk", which dealt with prostitution and life in the red-light district. At that time, he also had cameos in the films of other directors like Peter Schamoni ("Es) and Peter Lilienthal ("Abschied").

He attacked the established German film industry from an insider's point of view in a series of articles published in the renowned newspaper Die Zeit, resulting in another lawsuit. He couldn't get financing for any of his film projects until producer Horst Wendlandt greenlighted Tremper's "Wie kommt ein so reizendes Mädchen zu diesem Gewerbe" in 1969. It was to be his last film as director.

Over the following decades, Tremper nevertheless remained a prominent figure thanks to his numerous, reviews articles and columns, in which he mostly mused about the state of the entertainment industry. Will Tremper, who was married four times and had four children, passed away in Munich on December 14th 1998.