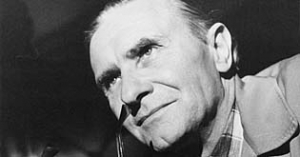 Frank Paul Wysbar was born in Tilsit on December 9th 1899. After leaving school, he joined the military and became a commissioned officer in 1925. After his honourable discharge as lieutenant in 1927, he worked on the art magazine "Theater und Kunst" before finally venturing into filmmaking, first as an assistant and line producer for Carl Boese and Carl Froelich.


After he served as production manager on Leontine Sagan"s "Mädchen in Uniform" (Girls in Uniform), he directed the film"s two lead actresses – Hertha Thiele and Dorothea Wieck – in "Anna and Elisabeth", a drama about a young peasant girl who is believed to have supernatural healing powers. A similar interest for mystical atmosphere can be observed in Wysbar"s "Fährmann Maria", starring Sybille Schmitz in the titular role. Married to a Jewish woman, Wisbar was officially banned from directing in 1938. In November of the same year, he emigrated to the US via Rotterdam by using a tourist visa. There, he changed his name to Wisbar, and after several years of underpaid jobs, Wysbar officially passed immigration by re-entering the US via Havana.

Having now received a work permit, he is hired as author and director for low-budget productions. In 1947, Wysbar was granted US citizenship, and in 1948, he focused on the new television market. His company Wisbar Productions Inc. produced 300 episodes of the series "Fireside Theatre", which aired on NBC between-1949-1955 and made Wysbar a wealthy man. He returned to the Federal Republic of Germany in 1956, and enjoyed considerable success with popular WWII movies like "Haie und kleine Fische", "Hunde wollt ihr ewig leben" und "Nacht fiel über Gotenhafen".

After suffering from an embolism, Frank Wysbar passed away in the city of Mainz on March 17th 1967.