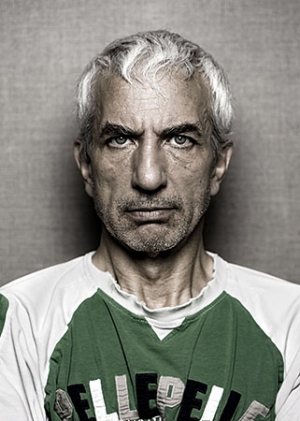 Ralf Richter was born August 17, 1957, in Essen and grew up in a working-class quarter in Bochum. After an apprenticeship as a carpenter, he studied at Westfälische Schauspielschule in Bochum. In 1981, Richter made his breakthrough performance in a pivotal role in Wolfgang Petersen"s war drama "Das Boot" ("The Boat"). Since then, Richter ranks among the best-known actors of German cinema. During his career, he has worked with several of the most famous directors and appeared, for instance, in Dominik Graf"s "Die Katze" ("The Cat") and Oskar Roehler"s "Suck My Dick".

Richter became most popular in his roles as shady rogue or amiable "pleb" that he portrayed in films like the holiday satire "Super-Stau" or the football comedy "Fussball ist unser Leben" ("Soccer Rules!"). With his ostentatious Ruhr area pedigree and his rough charm, Richter also played key roles in director Peter Thorwarth"s so-called "Unna trilogy": In "Bang Boom Bang", Richter starred as a choleric crook, in "Was nicht passt, wird passend gemacht" ("If It Don"t Fit, Use a Bigger Hammer"), he played a brash construction worker, and in "Goldene Zeiten", he played a bizarre pimp.

In the next few years, Richter was mainly seen in bigger supporting roles, for example as a sex shop owner in the comedy "Finnischer Tango" ("Finnish Tango", 2008) and as a policeman in "Vorstadtkrokodile" ("The Crocodiles", 2009). He had a rare leading role as a corrupt policeman in the crime thriller "Kopf oder Zahl" (2009). Richter also played signature roles such as a macho named Tarzan in the comedy "Ohne Gnade" (2013), a criminal scrap yard owner in Peter Thorwarth's buddy comedy "Nicht mein Tag" ("Not My Day", 2014), a bartender in the comedy "Halbe Brüder" ("Half Brothers", 2015) and an uncle in "Radio Heimat" (2016) - all slick or quirky, but mostly lovable characters.

Beside his appearances on the big screen Richter was (and is) guest starring in TV series: For example in "Tatort", "Der Fahnder", "Alarm für Cobra 11" and "Heldt". In 2017 and 2018 he played himself in the web series "Offscreen", which took a satirical look behind the scenes of the German show and television business. In 2019 Richter belonged to the ensemble of the low-budget action film "Tal der Skorpione" as a big-mouthed mercenary.

Ralf Richter has two children and lives in Cologne. His son Maxwell Richter is also an actor.