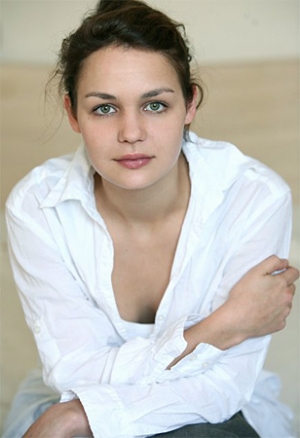 Luise Heyer was born in Berlin in 1985. From 2006 until 2010, she studied acting at the Hochschule für Musik und Theater in Rostock. During that time, she already appeared in the play "Amoklauf mein Kinderspiel" at the Volkstheater Rostock. Following her graduation, she became a company player at the Schauspiel Dortmund. For his feature film "Westwind", director Robert Thalheim cast Heyer in her first major screen role as a young East-German whose sister falls in love with a boy from the West.

After playing a student whose German-Turkish boyfriend wants to move with her to his father's homeland in the tragicomedy "Willkommen im Habib" ("Habib Rhapsody"), Heyer starred as a young woman who is determined to cheat on her lover in "Auf einmal" ("At Once", 2013).

Following roles in TV productions like "SOKO Leipzig" and "Frauen, die Geschichte machten", Heyer played a stressed-out single mother who flees from her responsibilities and is looked for by her two little sons in the drama "Jack", which premiered at the 2014 Berlin IFF and was released in the fall of the same year. Also in 2014, Heyer starred in the episode "Für immer und immer" of the TV series "Bella Block", and in the feature film "Ein Geschenk der Götter" ("A Gift from the Gods"), in which a group of unemployed people has to perform the play "Antigone" as part of a motivational program.

Following her leading role in Rosa von Praunheim's "Härte" ("Tough Love", 2015), Heyer played the wife of an investigative journalist in the TV drama "Der Fall Barschel" (2015). After turns in "Auf Einmal" ("All of a Sudden", 2016) and "Fado" (2016) – for which she received a nomination for the Preis der deutschen Filmkritik – she starred in TV period drama "Die Glasbläserin" ("The Glassblower", 2016).

The program of the 2017 Max Ophüls Preis featured two films starring Luise Heyer: In "Einmal bitte alles" ("Pretty Far from Okay"), Heyer plays a young college graduate who suddenly has to deal with real-life demands, and in "Die Reste meines Lebens" ("What's Left of My Life"), she portrays the new love of a widower still coping with the death of his wife.

Then Heyer made appearances in a few TV productions. For example, as a nurse in a children's intensive care unit in Aelrun Goette's much-praised drama "Atempause" (2017) and in a leading role as a victim of a sociopath in the intense psychological thriller "Detour" (2017). In the award-winning Netflix series "Dark" (2017, directed by Baran bo Odar), she portrayed the unhappy wife of a small town policeman.

In 2018, Luise Heyer again starred in two feature films: In Sven Taddicken's award-winning "Das schönste Paar" ("The Most Beautiful Couple") she played a woman, who after being raped, tries to resume a normal relationship with her boyfriend. In the Hape Kerkeling biopic "Der Junge muss an die frische Luft" ("All About Me", based on the autobiographical bestseller) she played Kerkeling’s mother, who suffers from depression. For both films she was nominated for the German Film Award 2019: In the category Leading Role in "Das schönste Paar", for Best Supporting Role in "Der Junge muss an die frische Luft". For the latter, she won the award.

At the Hofer Filmtage 2019, the drama "Kopfplatzen" ("Head Burst") premiered, with Heyer as the sister of a pedophile (Max Riemelt) who desperately tries to keep his desire under control. Due to the Corona pandemic, the film was released on video-on-demand channels in spring 2020. In summer 2020, after the partial reopening of cinemas, the milieu study "Leif in Concert Vol. 2", in which Heyer played the barmaid of a music bar who has all kinds of encounters with colleagues and regular guests on the day of a concert.

For her role in the "Polizeiruf 110" episode "Sabine" (TV, 2021), Heyer won the Best Actress Award at the German TV Crime Festival. On the big screen she was then seen as the wife of the main character in the GDR drama "Nahschuss" ("The Last Execution"), as the mother of the title character in the children's film "Lauras Stern" ("Laura's Star", 2021) and as a wild young woman who turns the head of a vain single man in Helena Hufnagel's comedy "Generation Beziehungsunfähig" ("Commitment Phobia", DE/CH 2021). Light fare was the comedy "JGA: Jasmin. Gina. Anna." (2022), about three best friends who experience an unforgettable party night in Ibiza.