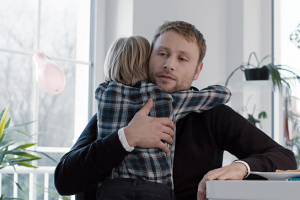 The architect Markus seems harmless in a positive sense to the people around him: He looks good, is personable, friendly and professionally successful. What nobody suspects: Markus is a pedophile. He suffers greatly from his inclination and hates himself for ít, yet he cannot deny the arousal. Since he fears that he will not be able to control his pathological desire in the long run, he isolates himself more and more. But then the single mother Jessica moves into the neighboring apartment with her eight-year-old son Arthur. She falls in love with Markus, and Arthur immediately likes him, too. Against his better judgment, Markus starts a relationship with Jessica - not out of love for her, but to be close to Arthur more often. Yet at the same time, Markus' sexual desire for Arthur increases alarmingly. He desperately tries to fights it, in order not to become a perpetrator after all.