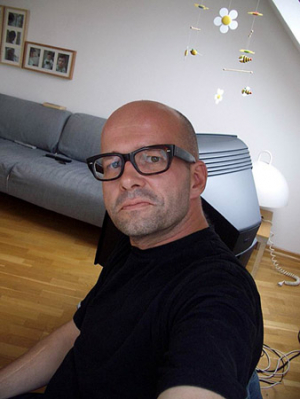 Florian Koerner von Gustorf was born in Essen in 1963. In 1986 he was one of the founding members of the Berlin rock band "Mutter"; in 1987 he made his first short film "Eine von Tausend". In 1990 he founded the Berlin production company Schramm Film Koerner & Weber together with Michael Weber. However, it took a few years before Koerner von Gustorf became a full-time producer. As an actor he had a small appearance in Jörg Buttgereit's "Nekromantik 2" (1991), before he took over the title role in Buttgereit's serial killer film "Schramm" (1993). He then acted as production manager for Michael Bertl's TV film "Nach einer Ewigkeit" (1992).

Christian Petzold's "Pilotinnen" ("Pilots", 1995, TV) was the first feature-length fiction film Weber and Koerner von Gustorf produced. It was also the beginning of an ongoing collaboration with this director. In 1998 Schramm Film produced Angela Schanelec's "Plätze in Städten" ("Places in Cities"). A great success was Petzold's political and family drama "Die innere Sicherheit" ("The State I am In", 2000) starring Richy Müller and Barbara Auer as ex-terrorists, who are on the run with their daughter (Julia Hummer). The film received excellent reviews and was awarded the Hessian Film Prize and the German Film Prize in Gold for Best Feature Film.

Koerner von Gustorf made his directorial feature film debut with the relationship drama "Was gewesen wäre" ("What Might Have Been"), which celebrated ist premiere at the Munich Film Festival 2019. The theatrical release took place in November 2019.