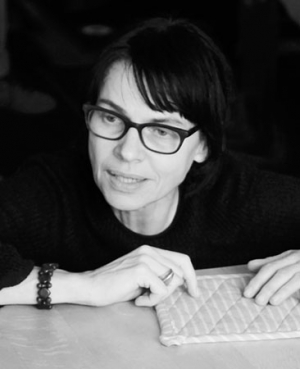 Angela Schanelec, born on 14 February 1962 in Aalen, studied acting at the Hochschule für Musik und Darstellende Kunst in Frankfurt am Main from 1982 to 1984. She then made her debut as a film actress with a leading role in Christian Ziewer's period drama "Der Tod des weißen Pferdes" ("The Death of the White Stallion", 1985). Apart from this performance, Schanelec focused on stage work: until 1991 she was an actress at the Thalia Theater Hamburg, the Schauspielhaus Köln, the Berliner Schaubühne and the Schauspielhaus Bochum.

In 1990 she started studying directing at the Deutsche Film- und Fernsehakademie Berlin (dffb), graduating five years later. Her graduation film "Das Glück meiner Schwester" ("My Sister's Good Fortune"), in which she also plays a leading role, was awarded the German Film Critics' Prize for Best Film in 1996. Schanelec's second film "Plätze in Städten" ("Places in Cities") premiered in 1998 at the Cannes Film Festival in the section 'Un Certain Regard'. The following year she was awarded the Berlin Art Prize. With her following films "Mein langsames Leben" ("Passing Summer", 2001), "Marseille" (2004; Prize of the Film Critics for the Best Screenplay) and "Nachmittag" ("Afternoon", 2005), which stand out for their emphatically calm and sober staging as well as an undisguised naturalism, Schanelec became one of the first protagonists of the so-called 'Berliner Schule' (Berlin School) - a movement which is also represented by the filmmakers Thomas Arslan, Christoph Hochhäusler, Benjamin Heisenberg and Maren Ade, among others.

In 2010, Angela Schanelec, who also writes the screenplays for all of her films, presented her sixth feature-length film at the Forum of the Berlinale: "Orly" tells the story of a series of very different people whose lives cross at Orly Airport in Paris. At the German Film Festival in Ludwigshafen, "Orly" was awarded the Film Art Prize.

In 2012, Schanelec was appointed professor of narrative film at the Hamburg Academy of Fine Arts. In 2014 she belonged to the group of 13 European directors in the anthology film "Ponts de Sarajevo" ("Bridges of Sarajevo") which dealt in individual episodes with the role of Sarajevo in European history.

Two years later, in August 2016, Angela Schanelec presented her seventh feature-length film: In the idiosyncratic and poetic "Der traumhafte Weg" ("The Dreamed Path", DE/GB/GR), set in Greece in 1984 and Berlin in 2014, she tells the story of two couples, whose paths unexpectedly cross in Berlin. The film was released in German cinemas in April 2017. At the German Film Critics' Prize "Der traumhafte Weg" was awarded for Best Editing (Angela Schanelec, Maja Tennstedt) and Best Camera (Reinhold Vorschneider).

Schanelec's next film, the drama "Ich war zuhause, aber" ("I Was at Home, But"), celebrated its world premiere in the competition of the Berlinale 2019.