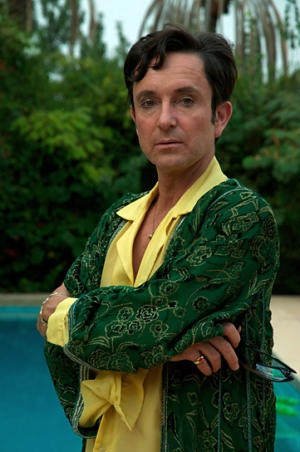 The film tells the story of the last offspring of a powerful German family, whose cannons killed countless people in two world wars: Arndt von Bohlen and Halbach – the last Krupp. Unwilling to fulfill the expectations of both his family and their company, this homosexual industrialist’s son waived his inheritance of around three and a half billion marks. Or, to see it differently, was pushed into relinquishing a world dynasty because he was unable to lead it.

"Herr von Bohlen" allows some of Arndt’s contemporaries to have their say, blurring the line between fiction and “reality”. The film covers industrial history, war history and the history of how people thought – and about a tragic life which seemed so emotionally immature for the attacks it received. And it tries to explain what it was like to be different – and living out those differences in the 1960s with the heavy burden of tradition lingering in the background.