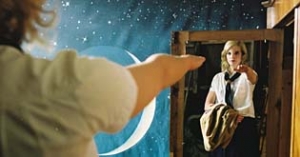 Berlin during the Nazi reign: Young music student Ursula is a talented musician and a fervent admirer of the "Führer". When she is asked to assist renowned composer Broch, who was ordered to compose a cantata for Hitler′s 50th birthday, it first seems like a dream fulfilled. Over the time, Broch and Ursula fall in love, and her relationship with the former communist gradually changes Ursula′s perspective on the realities of Nazi Germany. But falling in love with a Nazi means a huge moral conflict for Broch.