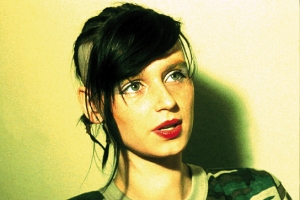 Christiane Felscherinow was born in Hamburg on May 20, 1962. At the age of six, she moved with her family to West Berlin, where she began taking drugs at the age of 12, later becoming a heroin addict and, as a result, prostituting herself on the child prostitution circuit at Berlin's Bahnhof Zoo, among other places. She gave an unsparing and drastic insight into her life at that time to the 'Stern' reporters Kai Hermann and Horst Rieck, who had become aware of the teenager in 1978 during a trial in which Felscherinow testified as a witness. Based on her meticulous descriptions, Hermann and Rieck wrote the book "Wir Kinder vom Bahnhof Zoo" ("Christiane F."), which not only topped the Spiegel bestseller list for 91 weeks in Germany from 1979 to 1981, but was also a considerable international success when translated into 15 languages. The authentic descriptions of everyday life in the drug scene were considered outstanding, as was the insight Felscherinow's fate gives into the fatal vicious circle of personal problems and drug addiction.

In 1981, the book was adapted for the screen by director Uli Edel under the title "Christiane F. - Wir Kinder vom Bahnhof Zoo" ("Christiane F.") with Natja Brunckhorst in the lead role, and was, like the literary original, a great success.

Subsequently, Christiane Felscherinow tried to establish herself as a singer and actress. With her then partner, the musician Alexander Hacke, she founded the music project Sentimentale Jugend, with which she toured the EU and the USA. She made appearances on screen in both "Neonstadt" (1981), a 5-part episodic film about the lives of urban youth in early 1980s Munich, and "Decoder" (1983), a film loosely based on the writings of William S. Burroughs about musical counterculture. No further roles or concerts followed after that.

Due to the fame of her persona through the book and film, Felscherinow appeared repeatedly in interviews in the following years, including at a major promotional tour of the U.S. in 1983 for Edel's film adaptation. In October 2013, her autobiography "Christiane F. - Mein zweites Leben" was published, a sequel to the bestseller "Christiane F.". The book was written by journalist Sonja Vukovic based on interviews with Felscherinow. In 2014, Christiane Felscherinow, who is the mother of a son, withdrew from the public eye.