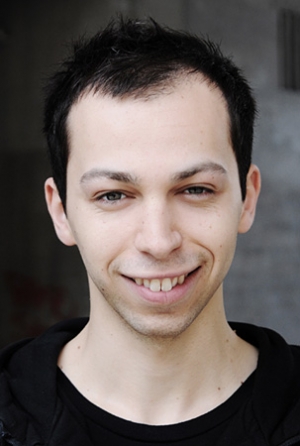 Tom Lass started his acting career at the age of 15 in Munich and has played in more than 40 films and TV-productions up to now. Since 2005 he has also worked as a production assistant. He gained experience in filmic improvisation when he acted in the short film "Stiller Frühling" by Nico Sommer. In 2008 he finished his first short film as director, "0+0=1" and founded the production company Lass Bros. together with his brother Jakob Lass.

The concept of improvisation in the sense of filming without screenplay intrigued him more and more, and so he shot his first feature film "Papa Gold" in the same way. The film was awarded the Prize of Film Critics at the festival Achtung Berlin 2011. His second feature film "Kaptn Oskar", again with Lass as director and in the lead role, was also mainly improvised. At Filmfest Oldenburg, "Kaptn Oskar" won the main award as Best German Film. In December 2014 it opened in German theatres.

In the next years, Tom Lass focused on acting. He featured or had guest appearances in the teenage comedy "Abschussfahrt" (2015), in Dietrich Brüggemann's neonazi farce "Heil" (2015), in the tragicomedy "Luca tanzt leise" (2016) and in "Axolotl Overkill" (2017). Moreover, he guest featured in TV series such as "Kommissarin Lucas", "Binny und der
Geist" and in Dietrich Brüggemann's "Tatort" entry "Stau" (2017).

At the Munich Filmfest 2017, Tom Lass presented his next feature as a director, the love story "Blind & Hässlich" in which he also played one of the leads. The film was awarded the FIPRESCI prize in Munich and in September 2017 it opened in German theatres.