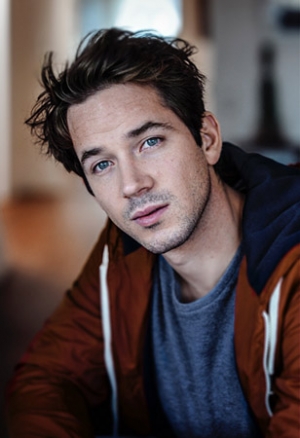 Marc Benjamin was born on 15th April in 1986 in Switzerland and attended an acting class at the Young Theatre Basel from 2005 to 2006. He got his first leading role as the Leonce in "Leonce und Lena" at the Theatre Basel in 2007. In the same year, Benjamin began to study acting at the Otto-Falckenberg-School in Munich where he graduated in 2011. Afterwards, he became an ensemble member at the intimate theatre in Munich. He was on stage for various plays, including Elfriede Jelinek's "Die Straße. Die Stadt. Der Überfall" (2012), J. M. Coetzee's "Schande" and Georg Büchner's "Dantons Tod" (2013-2015). He further received an advancement award in 2013.Apart from his theatre engagements, Marc Benjamin got guest roles in various television series and films since 2010.

In "Jeder Tag zählt" (2012), Benjamin plays the heartthrob of a 14-year old girl who got leukaemia. In Wolfgang Murnberger's biography "Luis Trenker – Der schmale Grat der Wahrheit" (2015, TV), he portrays the personal driver of Adolf Hitler. He also got a role in the television series in "The Team" (2015) in which he plays an undercover agent whose team should infiltrate a criminal Lithuanian-born businessman.

In "Für eine Nacht ... und immer?" (2015, TV), Benjamin got his first leading role as the 23-year old poker player who falls in love with a woman twice his age. After that, he played minor parts in various films, including "Neben der Spur – Amnesie" (2016) and "Eddie the Eagle: Alles ist möglich" (2016). Following his success in multi-award winning drama "Dinky Sinky" (2016), Benjamin has won another leading role in Unsere Zeit ist jetzt" (2016) where he plays one of three filmmakers  in which he plays one of three young filmmakers who want to make film about rapper Cro.