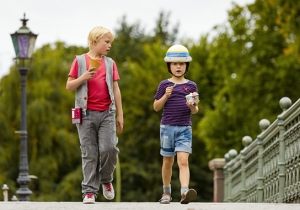 Adaptation of the eponymous children's book by Andreas Steinhöfel. Young Rico, who calls himself a slow learner, lives with his single working mother in a tenement in Berlin. He loves to collect all sort of things, and meticulously documents his discoveries. During one of his searches, he makes the acquaintance of Oskar, an extremely gifted little boy. The two become fast friends, and when Rico's mother goes to visit her sick brother and has to leave Rico alone, the two adventurous boys plan to meet. But then Oskar is taken hostage by an infamous kidnapper, and it's up to Rico to rescue his friend.