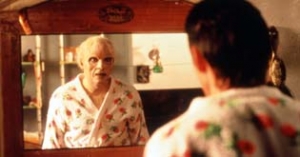 Over My Dead Body

Life for the egoistic charmer Fred is one big cream gateau from which he happily plucks out the cherries. But, in the end, his wife and partner Charlotte has caught him nibbling just once too often. She hires a professional killer to send her unfaithful spouse up the river.

Fred, though, still manages to come to a deal with Death himself on the ferry to the other side: in order to get his life back, he has three days to save three women from their misfortunes whose hearts he broke when he was alive. Not an easy task, especially as his mission as one of the living dead begins in the coal cellar of the shrinking violet Rita.