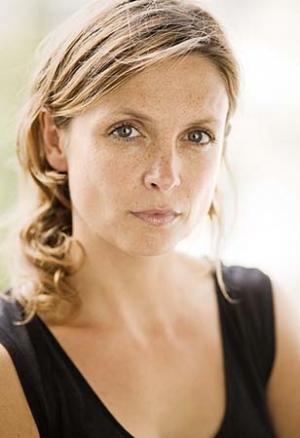 Julia Brendler was born in Schwedt, which was then part of the German Democratic Republic, on February 26, 1975. Rather by chance, she became an actress as a teenager: At the age of 14, she joined a casting in her hometown and was eventually cast as the lead for Helmut Dziuba's coming of age drama "Verbotene Liebe". In the film, she plays a 13-year-old girl whose relationship with an 18-year-old boy causes a whole lot of problems. For her performance, she was awarded the Hessische Filmpreis in 1990.

This was followed by more screen appearances, including roles in the socio-political drama "Jana und Jan" (1991), "Moondance" (1995), and the award-winning short "Dolphins", which won her the Best Actress Award at the 2000 Williamsburg Brooklyn Film Festival. The same year, she appeared alongside Kirsten Dunst and Vanessa Redgrave in the German-Canadian mystery thriller "Deeply".

Not counting a supporting role in Matthias Emcke's "Phantomschmerz" ("Phantom Pain", 2009), it took until 2012 before Brendler again appeared in a cinema release: The drama "Schuld sind immer die Anderen" ("Shifting the Blame") sees her playing a counsellor who works at a correctional camp for young felons and is confronted with a convict who once brutally assaulted her. The film garnered awards at several international festivals and was released in Germany in February 2013.