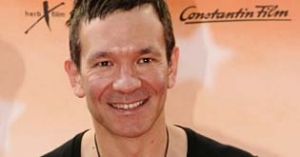 Rainer Matsutani, born July 9, 1964, in Hockenheim, worked as a film critic for several local newspapers and magazines after finishing high school and finally received a scholarship at Berlin's Drehbuchwerkstatt für junge Nachwuchsautoren. In 1988, he started to study at Munich's Hochschule für Film und Fernsehen (HFF) and already one year later set up his production company "Engram Pictures" together with fellow students Harry Patramanis and Jürgen Hebstreit. Matsutani finished a short film and several commercial films for the company. In 1992, he drew a lot of attention for the first time for his short film thriller "Klinik des Grauens" that won the Best New Director Promotional Award at the Hof International Film Festival.

In 1995, Matsutani made his feature-length debut with the black-humored TV comedy "Nur über meine Leiche" ("Over My Dead Body"), starring Christoph M. Ohrt and Katja Riemann who won the German film award, the Ernst Lubitsch Prize, and the Bavarian film award, among other awards, for her performance in the film.

With the exceptions of the action film "Fighter" (1999) and the comedy "666 – Traue keinem, mit dem du schläfst" ("666: In Bed With the Devil", 2002) that did not fare too well with critics and movie goers alike, Matsutani worked exclusively for TV productions during the following years. As a writer and director, he from then on specialized on crime and thriller films like "Untreu" (2004) or "Das Papstattentat" (2008). Furthermore, he directed several episodes of the ARD crime film series "Tatort". In 2009, Matsutani finally returned to the movie screen with the youth drama "Gangs", starring the Ochsenknecht brothers Jimi Blue and Wilson Gonzalez in the leading roles.

After he directed the made-for-TV disaster movie " Faktor 8 - Der Tag ist gekommen", which depicts a virus outbreak on board of an airplane, he returned to the big screen with the thriller "Zimmer 205" ("Room 205", 2012).