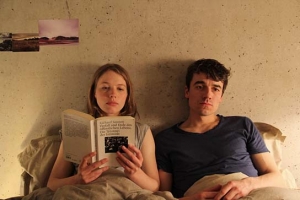 The laconic comedy tells about everyday life of a people in their late twenties in Berlin, who spend their days working in sidejobs and moving permanently, while trying to find a perspective for their future life. The film focuses on the life of siblings Philip, Wiebke and Swantje. Philip wants to be a photographer, and has been in love with Dina for a long time, who sees him merely as a friend. Dina and Wiebke move in together, and Wiebke plans to get a real job at last, after spending too much time in endless internships. She, on the other hand, has a crush on Michael, who does not want to have a relationship at the moment. In turn, Philip's best friend Thomas increasingly neglects his relationship with Jessica, because he spends most of his time promoting his career in graphic design. Then there's Maria, who still lives in Freiburg, but wants to move to Berlin. Meanwhile Swantje lives in Stuttgart and is mainly contacting the group via telephone.