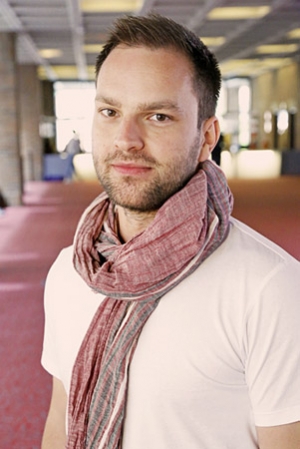 Nico Sommer was born in Berlin in 1983. In 2006, he began to study film direction and visual communication in Kassel. During that time, he founded the production company suesssauerfilm and made his directorial debut with the largely improvised 2008 feature film "Stiller Frühling" ("Silent Spring"), which won the Goldene Herkules at the Dokumentarfilm- und Videofest Kassel.

During the following years, Sommer completed several shorts and the mockumentary "Solokind" (2010). His graduation project, the short "Vaterlandsliebe" (2012), won an award at the Berlin Interfilm Festival and was nominated at the First Steps Award as well.

Sommer's feature film "Silvi" ("Silvi - Maybe Love", 2013) premiered in the section Perspektive Deutsches Kino at the Berlin IFF and won the German Film Critics Award at the 2013 Achtung Berlin Film Festival. His next film "Familienfieber" ("Family Fever", 2014) also screened at the Achtung Berlin Film Festival, where it won the award for Best Direction, and garnered the Preis der Saarländischen Ministerpräsidentin at the Max-Ophüls-Preis Film Festival.
Sommer next directed the comedy Komödie "Lucky Loser - Ein Sommer in der Bredouille", which premiered at the 2017 Munich Film Festival and was released theatrically in August 2017.