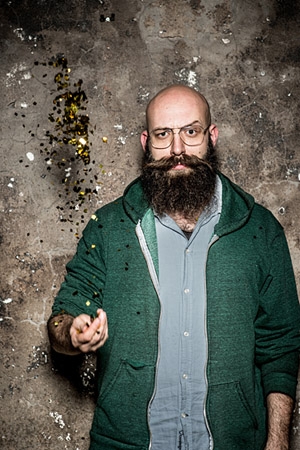 Jakob Lass, born in 1981, made his first acting experiences at the age of nine, as a member of various theater groups. At the age of 17, he began to study acting and worked on numerous stage productions at the Stadttheater Fürth, among others. From 2004 on, he directed his own short films. In 2005, he founded the Lass Bros Film Production together with his brother Tom. In 2007, Jakob Lass became a member of the Berlin-based social club 'filmArche', where he studied film until 2009. During this time his award-winning short film "Bademeister Paul" earned him an invitation to the 6th Berlinale Talent Campus (2008).

In the following year, Lass started studying at the 'Konrad Wolf ' University of Film & Television in Potsdam-Babelsberg. His feature film debut, the adolescence story "Frontalwatte", premiered at the Achtung Berlin Festival 2011. Two years later, his second feature film "Love Steaks" (2013) premiered at the Munich Filmfest, where the idiosyncratic romantic comedy was awarded all four major prizes at the Young German Cinema Awards. The winning streak continued: At the Max Ophüls Filmfestival 2014, "Love Steaks" was awarded the main prize, the Max Ophüls Award. At the end of March 2014, the film opened in German cinemas.

Under the direction of his brother Tom, Jakob Lass was seen in the leading role of the drama "Blind & Hässlich" (2016). His next film as a director, the female friendship story "Tiger Girl" (2016), will come to German theaters in April 2017. Already before that, Lass began working on his next film, the improvised tragicomedy "So was von da" (2018), based on the novel by Tino Hanekamp.