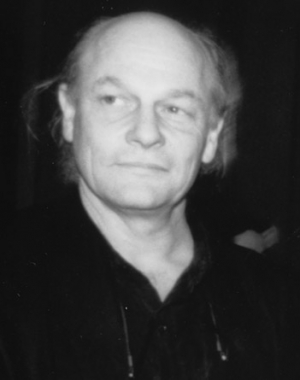 Robert Müller was born on April 1940 in Willemstad, Curacao (Netherlands Antilles). His father worked for an oil company, thus the family traveled the whole world. In 1953, Müller came to Amsterdam and attended secondary school. Between 1962 and 1964, he studied at Nederlandse Filmacademie and made his first short films together with fellow students. Subsequently, he worked several years as the assistant of Gerard Vandenberg who was one of the most important cinematographers of New German Cinema.

In 1968, while shooting "Liebe und so weiter", Müller met Hans W. Geissendörfer who at the time was the assistant of director George Moorse. Geissendörfer then employed Müller as the cinematographer for his first TV movie "Der Fall Lena Christ" (1969). Together they made nine films during the 1970s, most of them TV productions. Film student Wim Wenders worked as a unit manager for "Der Fall Lena Christ". Müller then became the cinematographer for Wenders" student films "Alabama" (1969) and "Summer in the City" (1971). These films became the starting point for a longtime friendship and film partnership between Müller and Wenders that probably climaxed with Wenders' adaptation of Patricia Highsmith's novel "Der amerikanische Freund" ("The American Friend", 1977).

After "Saint Jack", Müller participated in several US productions und worked once more with Bogdanovich, but also with William Friedkin and John Schlesinger. Later, Müller started another longtime collaboration with director Jim Jarmusch and filmed several of Jarmusch's films, including the Southern States ballad "Down By Law", the rock and roll fantasy "Mystery Train", and the neo-western "Dead Man".

In 1983, Müller again collaborated with Wim Wenders and filmed "Paris, Texas" in the southwest of the USA where Müller had to deal with surreal and picturesque light conditions. In the following years, Müller and Wenders did several more films together, for instance, "Aufzeichnungen zu Kleidern und Städten" ("A Notebook on Clothes and Cities", 1989), "Bis ans Ende der Welt" ("Until the End of the World", 1991), and "Buena Vista Social Club" (1999). In the same period, Robby Müller also filmed Andrzej Wajda's ghetto film "Korczak" (1990), as well as "Breaking the Waves" (1996) and "Dancer in the Dark" (2000), both directed by Lars von Trier.

Robby Müller received numerous awards, among them the German Camera Award for "Paris, Texas" in 1984 and for his lifetime achievements in 2005, the Marburg Camera Award in 2003 and the International Achievement Award of the American Society of Cinematographers in 2013.