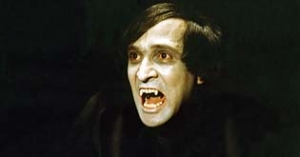 Hans W. Geissendörfer′s debut film tells the story of a vampire researcher who wants to stop a group of vampires from terrorizing the rural population. He instructs his assistant Joanthan to sneak into the lion′s den – the dark castle of the demonic count – to prepare the extinction of the vampires. But when a conspirator overhears their plan, Jonathan′s mission is threatened by failure. On his way, Jonathan is bereft of his weapons and his carriage driver is murdered. Completely on his own, Jonathan follows through with his mission. After fending off several dangerous situations, his mission finally leads Jonathan into the castle and to the count.