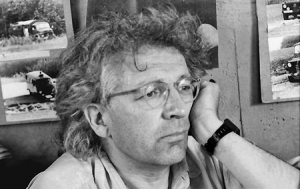 Niklaus Schilling was born in Basel in 1944 and his first attempts at film come from 1961. He has a self-taught approach to professional film and made TV reportages for ABC and ITN. He has lived and worked in the Federal Republic of Germany since 1965 and been a cameraman on over 20 shorts and 6 long features. He directed his first full-length feature film – "Nachtschatten" - in 1971 and has worked since then on other features (draft, screenplay, direction, editing, also occasionally cameraman).