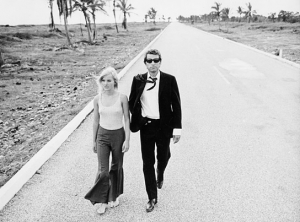 Klaus Lemke′s first feature-length film depicts the odyssey of dropout Frank Murnau from Schliersee via Rome to Acapulco. Actually, he could have led an easy life. Monika, the daughter of a rich factory owner is in love with him, but unsettled Frank finally opts for jet set beauty Laura: by choosing her, he also chooses independence, which he otherwise fears to lose.
He is looking for adventure, attempts to get rich by revealing industry secrets and tries to secure a place among the rich by emulating the style he learned from American gangster movies. But soon he′s in over his head, since he can not escape his own past.